Founded in 2010 from the cooperation between the master luthier Enzo Cena and the Oratorian Fathers, the Piedmontese Lutherie Center Association is still located today in the Monumental Complex of San Filippo Neri.

The initial project, born to create a cultural center, has developed over the years to become the Accademia di Liuteria Piemontese: a highly qualified professional training center both in the construction of bowed string instruments and in historical-scientific research.

The creation of the Academy was also possible thanks to the cultural and aggregative mission of the Congregation of the Oratorian Fathers, which for several years has been promoting cultural, artistic and musical events.

The Academy’s activities engage teachers, scientists and professionals from different disciplinary fields, who compare and pass on knowledge to bowed string instruments making enthusiasts of all ages. 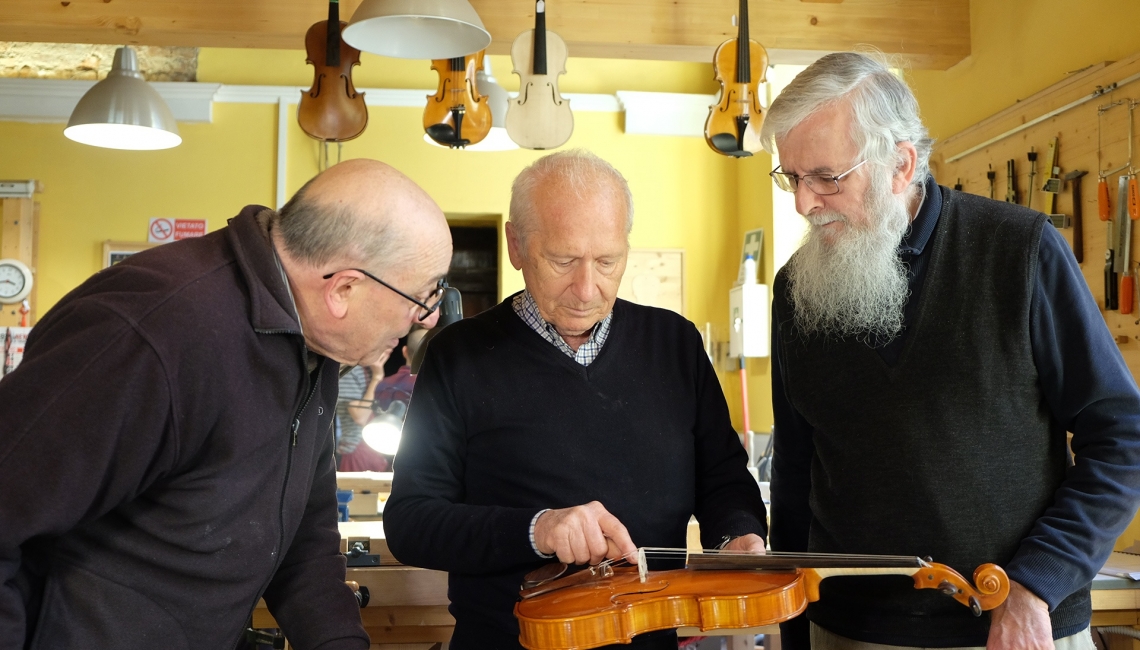 The bond with music, the desire to pass on a passion that has its roots in the tradition of the Piedmonts School are the convictions at the basis of the Academy.

The training courses in the construction of bowed string and plucked instruments are structured in order to provide the basic skills to design, build and test the chosen instrument. The assembly phases are then studied, to be put into practice in the workshop, to create an instrument that responds to the canons of classical piedmont lutherie. 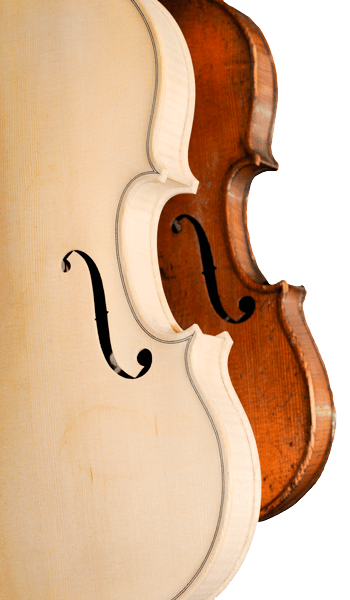 The musical tradition of the city of Turin dates back to ancient times. In a register of the Savoy General Treasury, there is a payment for the performance of “trompettes et vyollons de Vercey”, dated 1523, referring to musicians from Vercelli. This is the first ever mention of a term referring to the violin, even if there is no evidence of luthiers active in the area at least until 1647. This year is a document that attests the activity of Hans Angerer (Italianized in Giovanni Angerero ), probably of German origin such as Henrico Casner (Italianized in Enrico Catenar). The characteristics of his work were very close to the German style and construction methods, soon overtaken by a more Italian style, characteristic of another luthier working in the city and his contemporary, Fabrizio Senta, whose work was a source of inspiration for all later Piedmontese luthiers.

Towards the middle of the 1600s Goffredo Cappa was active in Saluzzo. Starting from a concept inspired by Cremonese models, he was able to develop an original style for the shape of the case and the scroll of the hedgehog. In Turin the most prominent figures of the following century were Giovanni Francesco Celoniati, Nicolò Giorgi and Giovanni Battista Genova. To these must be added Spirito Sorsona, active in Cuneo. the most evident stylistic character of this period is the tendency to use French construction methods and models. In the autumn of 1771 Giovanni Battista Guadagnini arrived in Turin, today considered the link between classical Cremonese violin making and that later formed in Piedmont. He was the most important of his time, and had the opportunity to work on Antonio Stradivari’s models and shapes. His style is characterized by an extraordinary strength not always tempered by the refinement of the details.

The model, the setting of the convexities, the shape of the curl volute, the particular way in which the edges of the instruments are finished along the entire contour, and in particular in the tips, highlight his method of working. The Guadagnini family’s workshop activity continues even after the death of Giovanni Battista in 1786 thanks to the work of his descendants Carlo and Gaetano. Of the latter, his first home is reported in the Parish of San Filippo Neri.

During the very first years of the nineteenth century, Piedmont experienced, following the Napoleonic campaigns, a period of French domination that favored the arrival of French luthiers, who worked in Turin until the middle of the century, even if the true founders of the school Piedmontese nineteenth-century were two Italians, Giovanni Francesco Pressenda and Giuseppe Rocca.

Pressenda worked in Alba, Carmagnola and from 1820 in Turin where he began to collaborate with some French colleagues. Rocca was a pupil of Pressenda and a valid collaborator of him. On Pressenda’s death his business and his models were taken over by Benedetto Goffredo known as Rinaldi, active until 1888. He produced instruments on the model of the master, as well as his successor Romano Marengo, for whom Enrico Marchetti worked. A very talented pupil of Marchetti and author of valuable instruments was Anselmo Curletto. Among the other most important exponents of the twentieth century. remember: Annibale Fagnola, Carlo Giuseppe Oddone and Evasio Emilio Guerra. 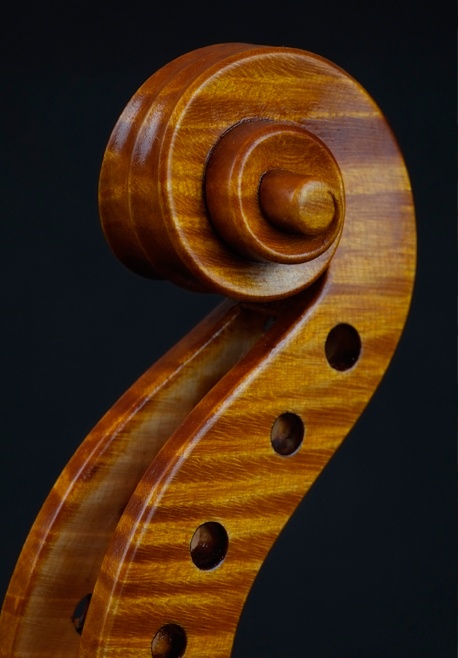 The Academy and the San Filippo Neri complex